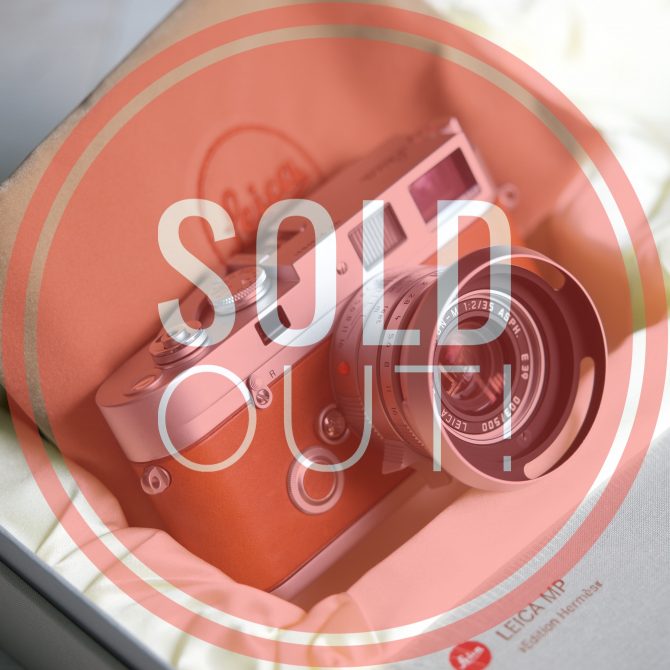 Only 500 sets were produced.

“Barenia” leather is a rare, high-quality calf leather that’s been used by Hermès’ equestrian division for a long time, but that first appeared in the Hermès handbag collections in the 1970s. Barenia is special for two main reasons. It’s one of Hermès’ original saddle leathers—for all of the background on Hermès’ equestrian origins, read Hermès 101: Origins, Equestrians, and Aristocrats—and it requires a specific tanning process, which is know by only a small number of craftsmen. Barenia is double-tanned in chrome and vegetable dyes, and then soaked in a mix of 9 different oils over a 5-6 week process. (Originally, Barenia was tanned near the village of Barr in Alsace, hence its name.)

This camera strap that is handcrafted by Hermès, using the same exquisite “Barenia” leather.

This is a limited version, the most beautiful MP kit set ever made. Total 500 sets only “LEICA MP Edition Hermès” cameras, Leica Camera AG of Solms, Germany is initiating a series of strictly limited annual editions of its legendary Leica rangefinder cameras to be issued on special occasions. The “Edition Hermès” is a special edition of 500 silver-chrome LEICA MP cameras covered with exquisite Barenia calfskin supplied by the famed Parisian high-fashion house Hermès.

The processing of Barenia leather, which has a very fine, natural grain, gives it its unmistakable luxurious “feel”. In order to achieve optimal quality, it is tanned in a time-consuming process that is periodically interspersed with “rest phases” for the material. The naturally brown leather harmonizes particularly well with the silver chrome finish of the camera. Along its edges it is discreetly decorated with a fine seam line that is meticulously applied by hand. In addition to a 35 mm f/2 LEICA SUMMICRON-M ASPH. lens that is also finished in silver chrome, this special edition includes a camera carrying strap that is handcrafted by Hermès, using the same exquisite Barenia leather. The lens hood, the camera body cover as well as the front- and rear covers of the lens are made of solid brass and they too, are finished in silver chrome. Details such as the silver-chrome finger rest on the lens and the special serial numbers from 001/500 to 500/500 engraved on the lens and on the camera round out the differences from regular production models. The cooperation with Hermès is indicated by a fine embossing on the back of the carrying strap that reads “Hermès – Made in France”. 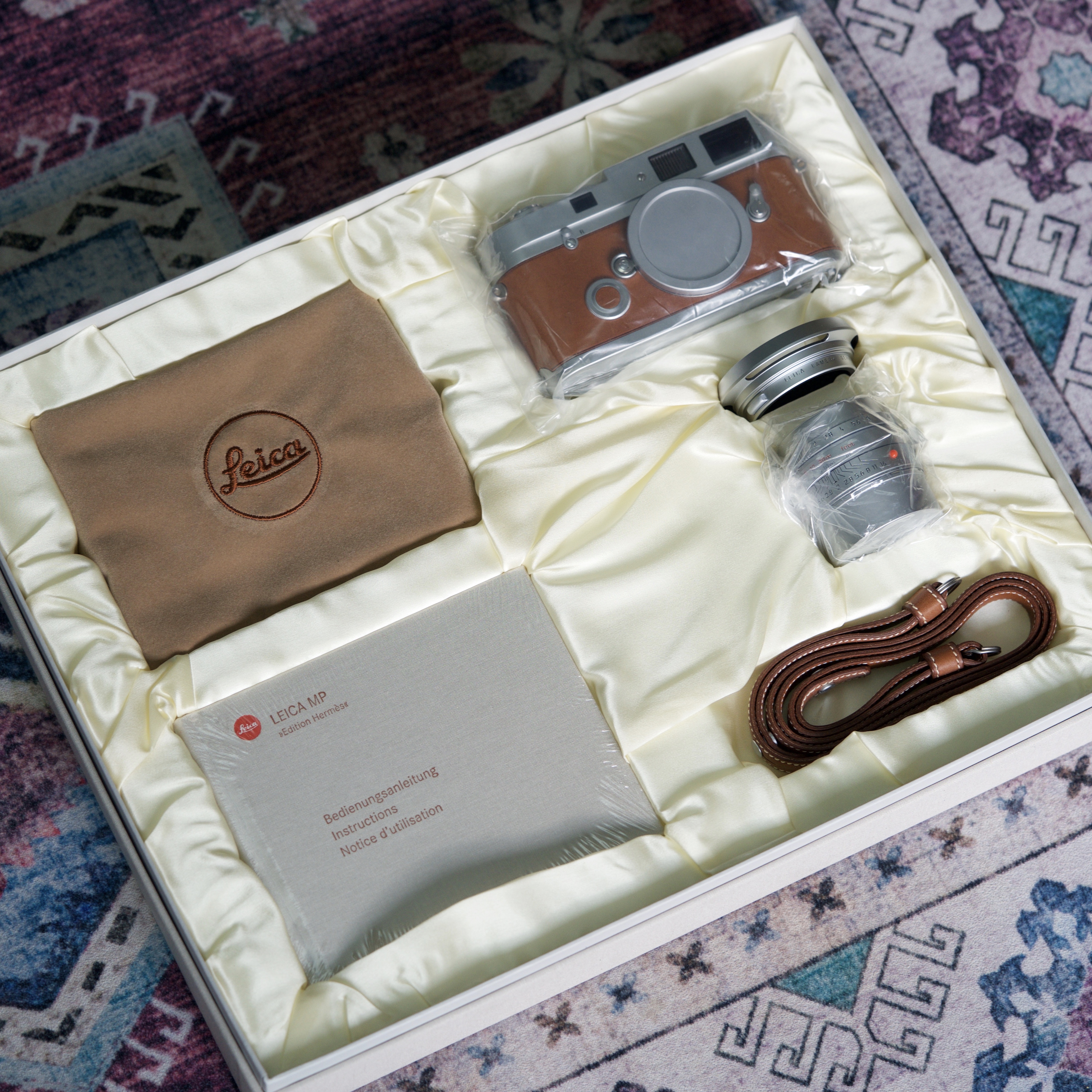 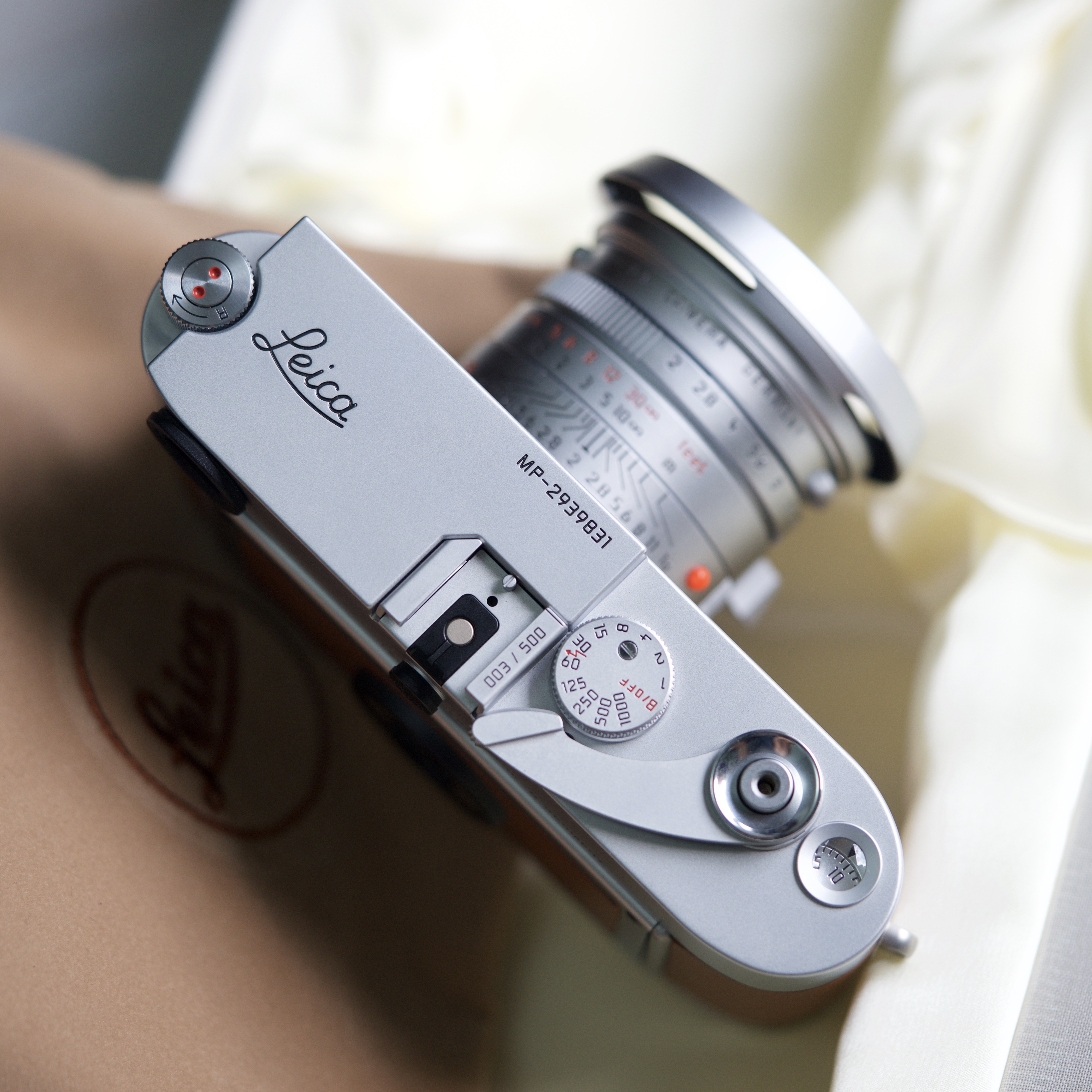 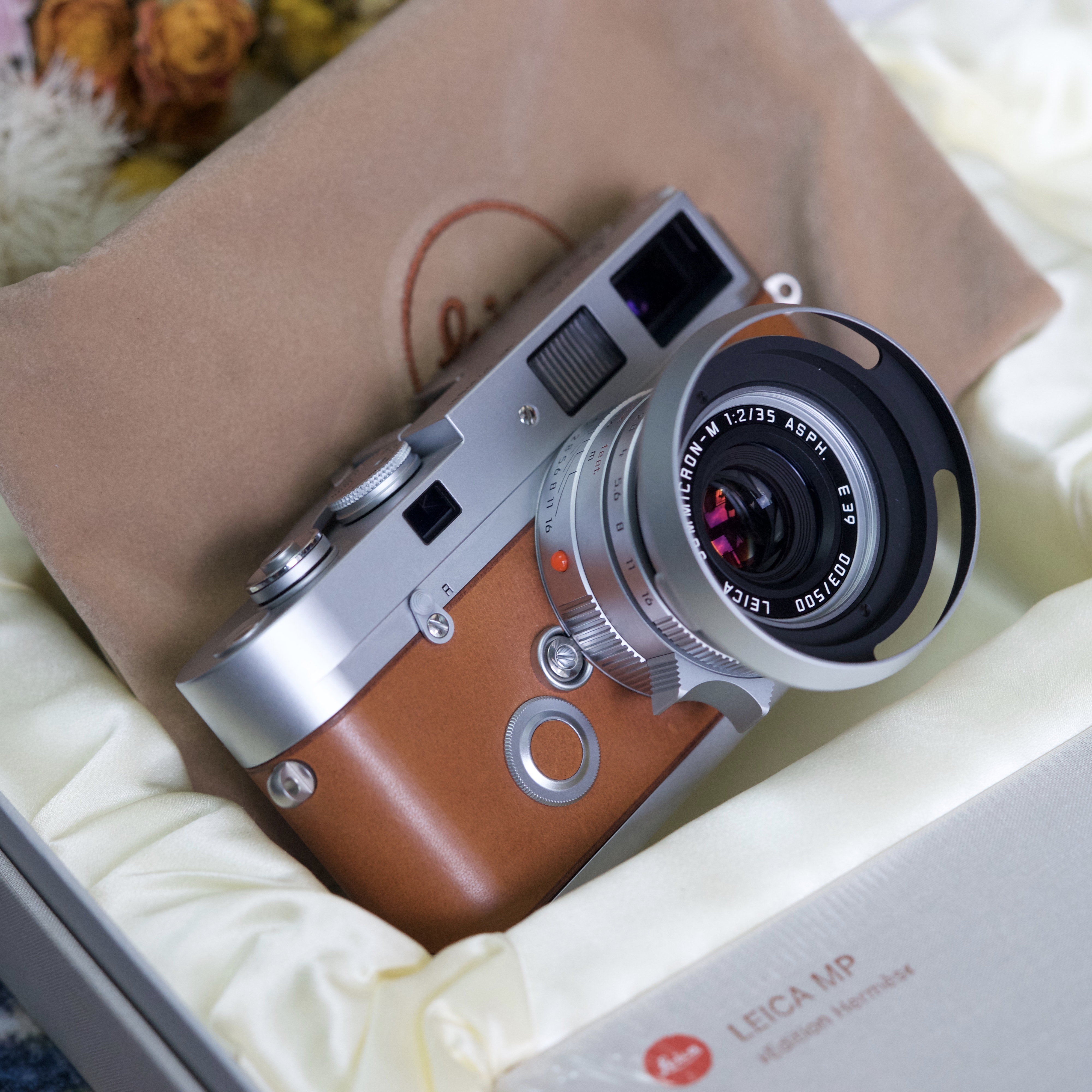 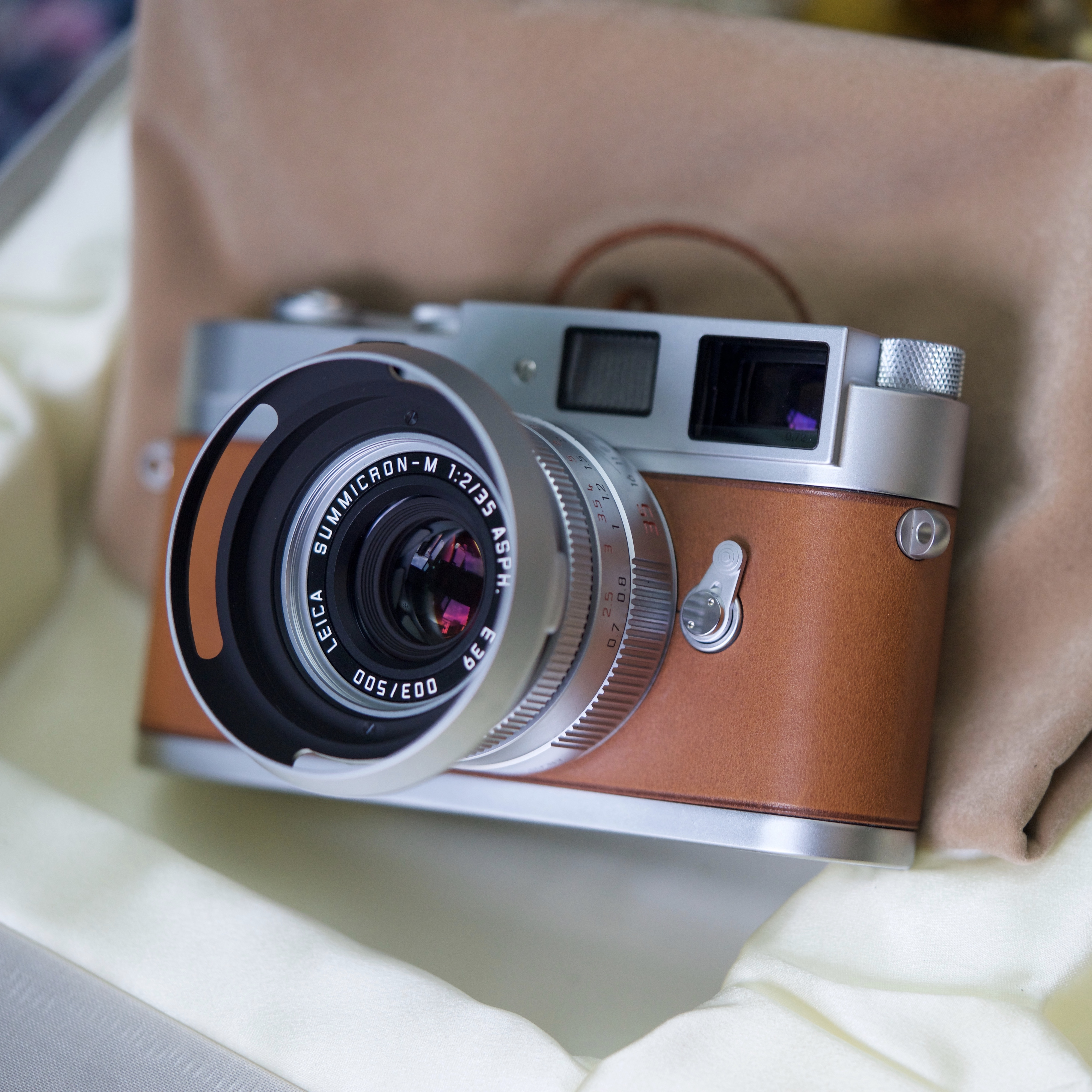 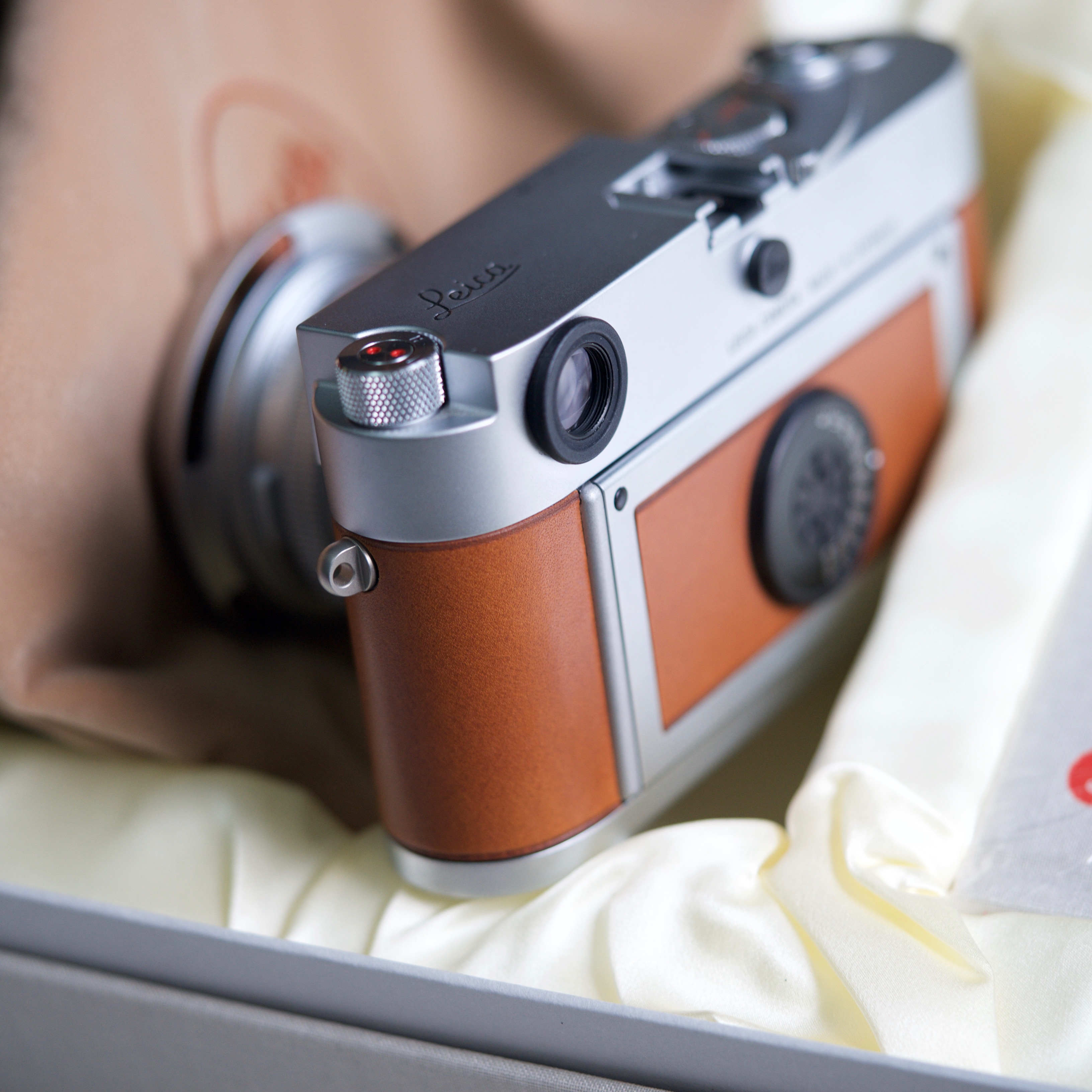 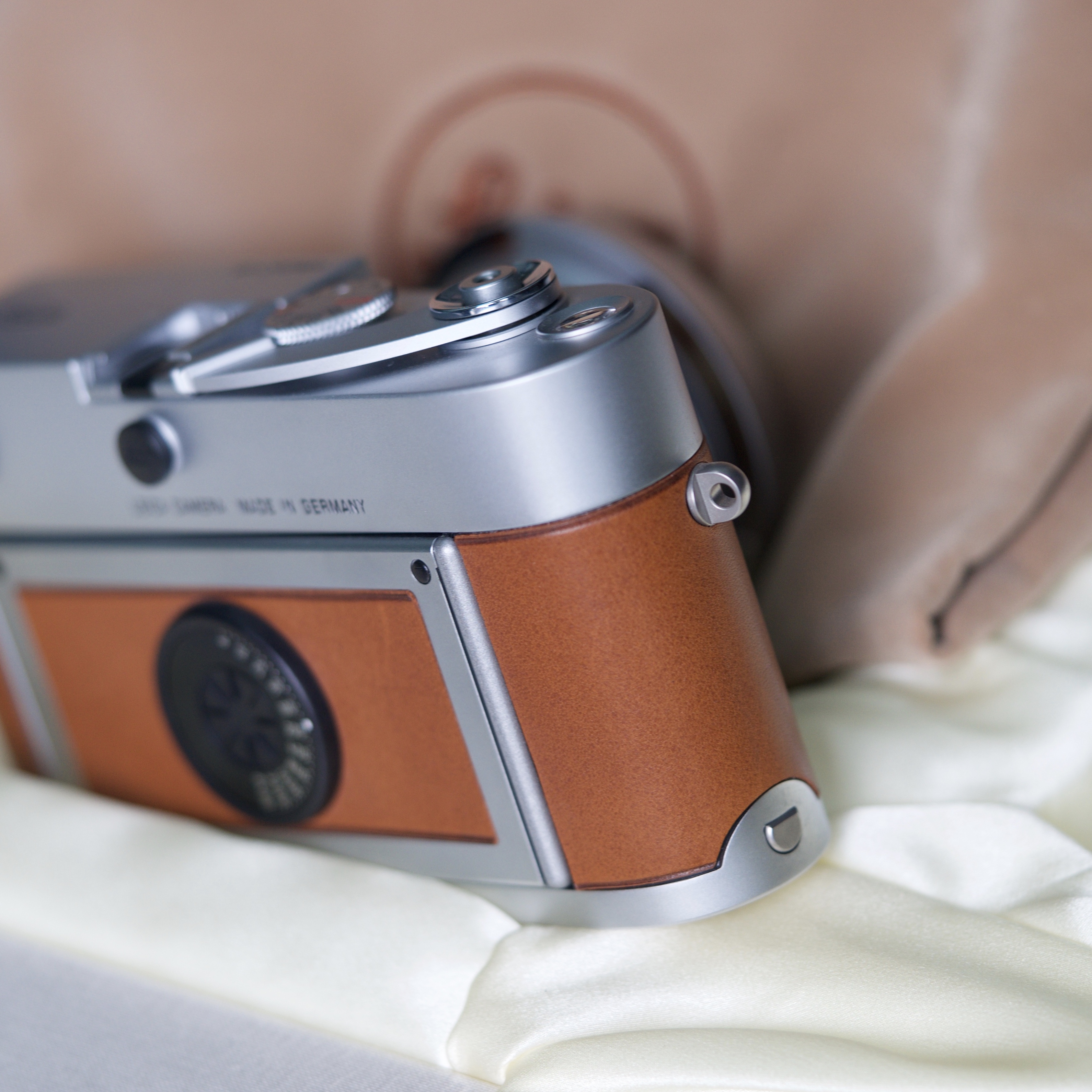 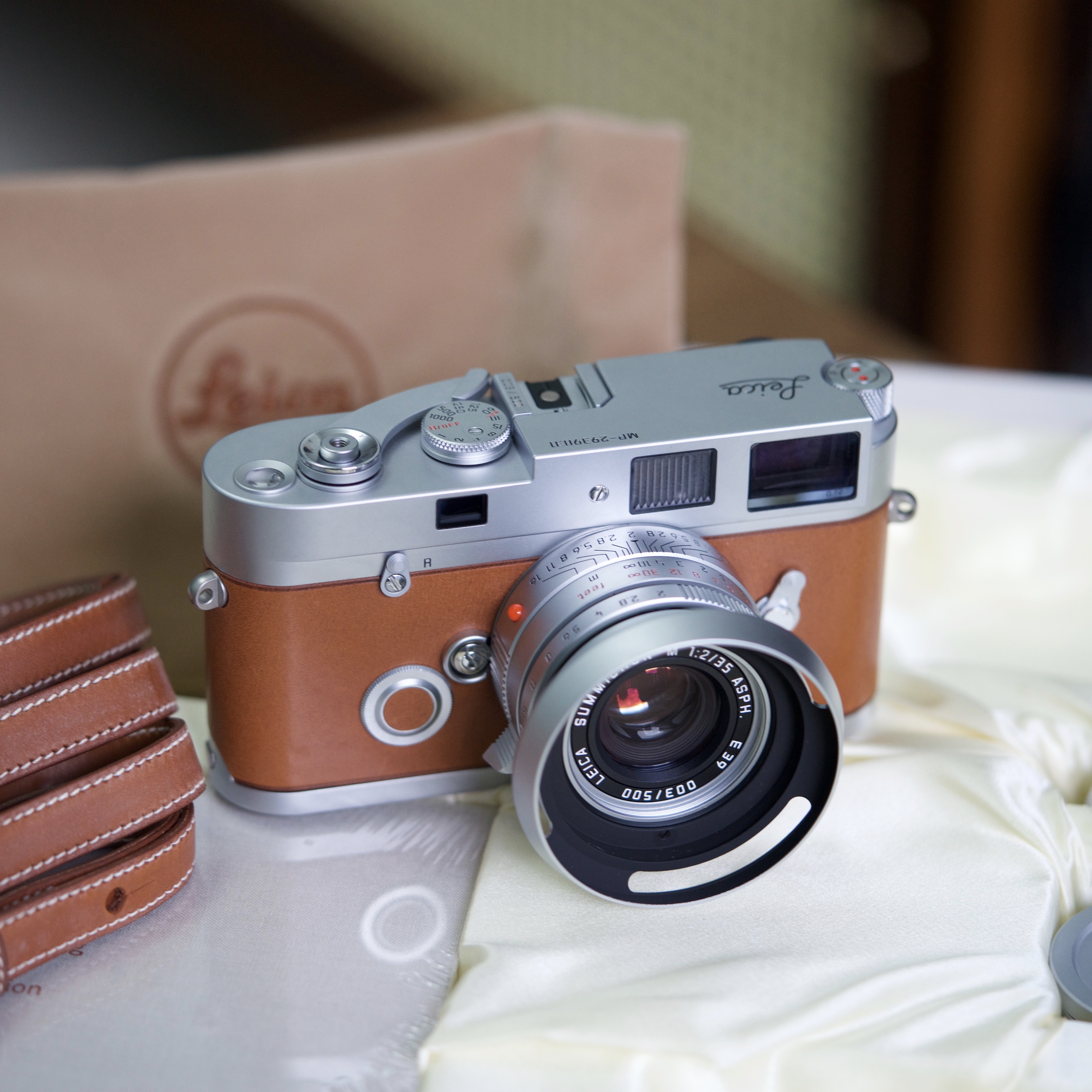 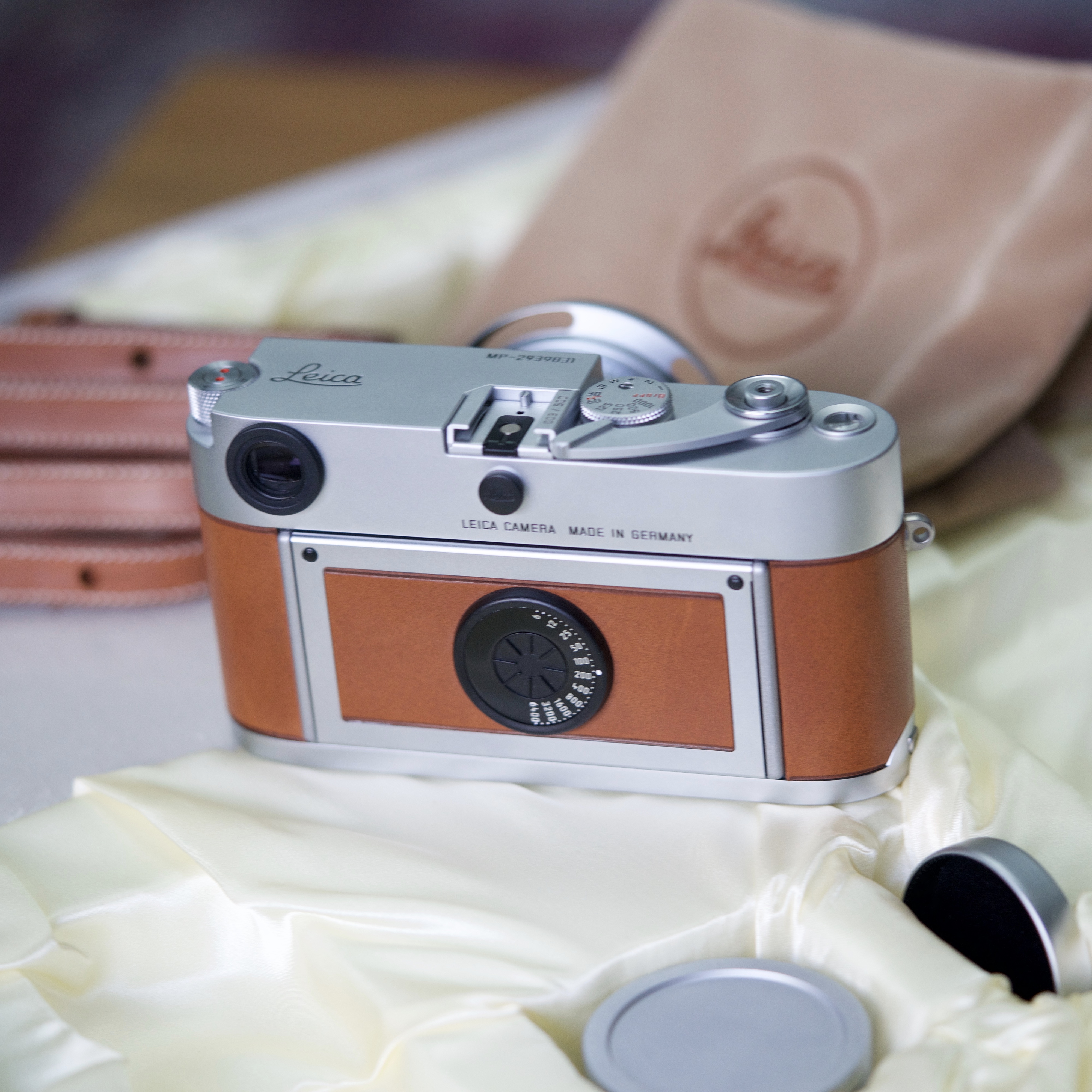 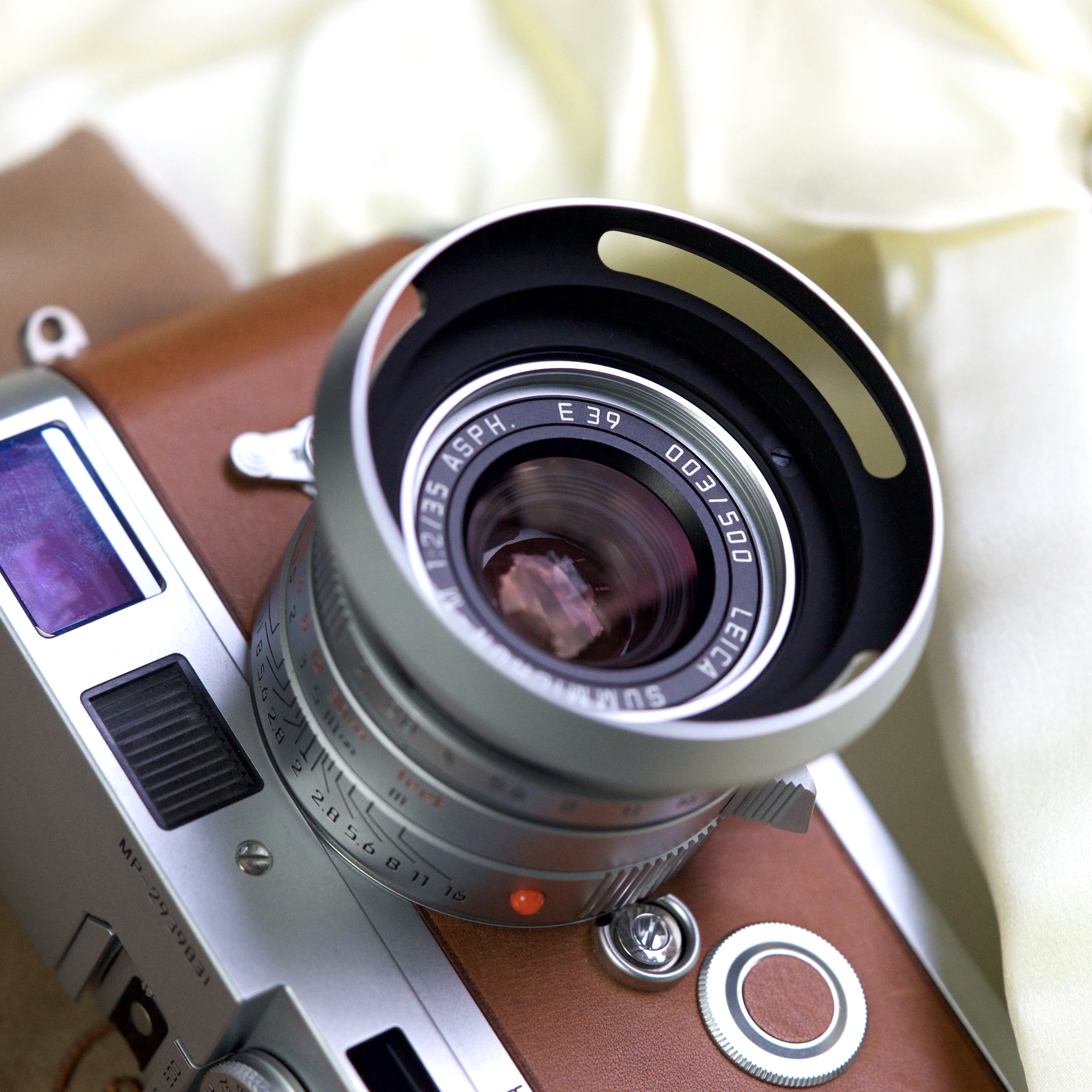 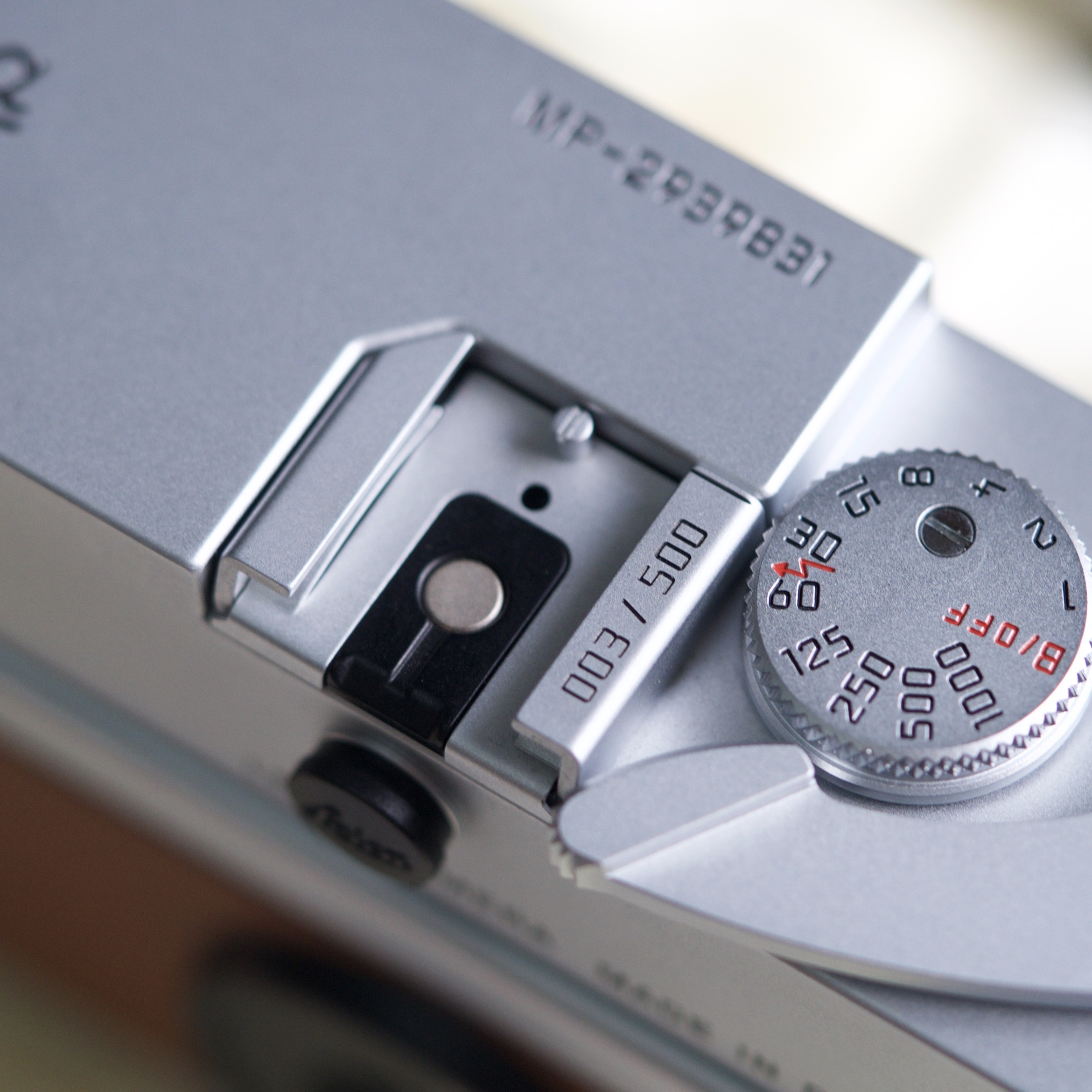 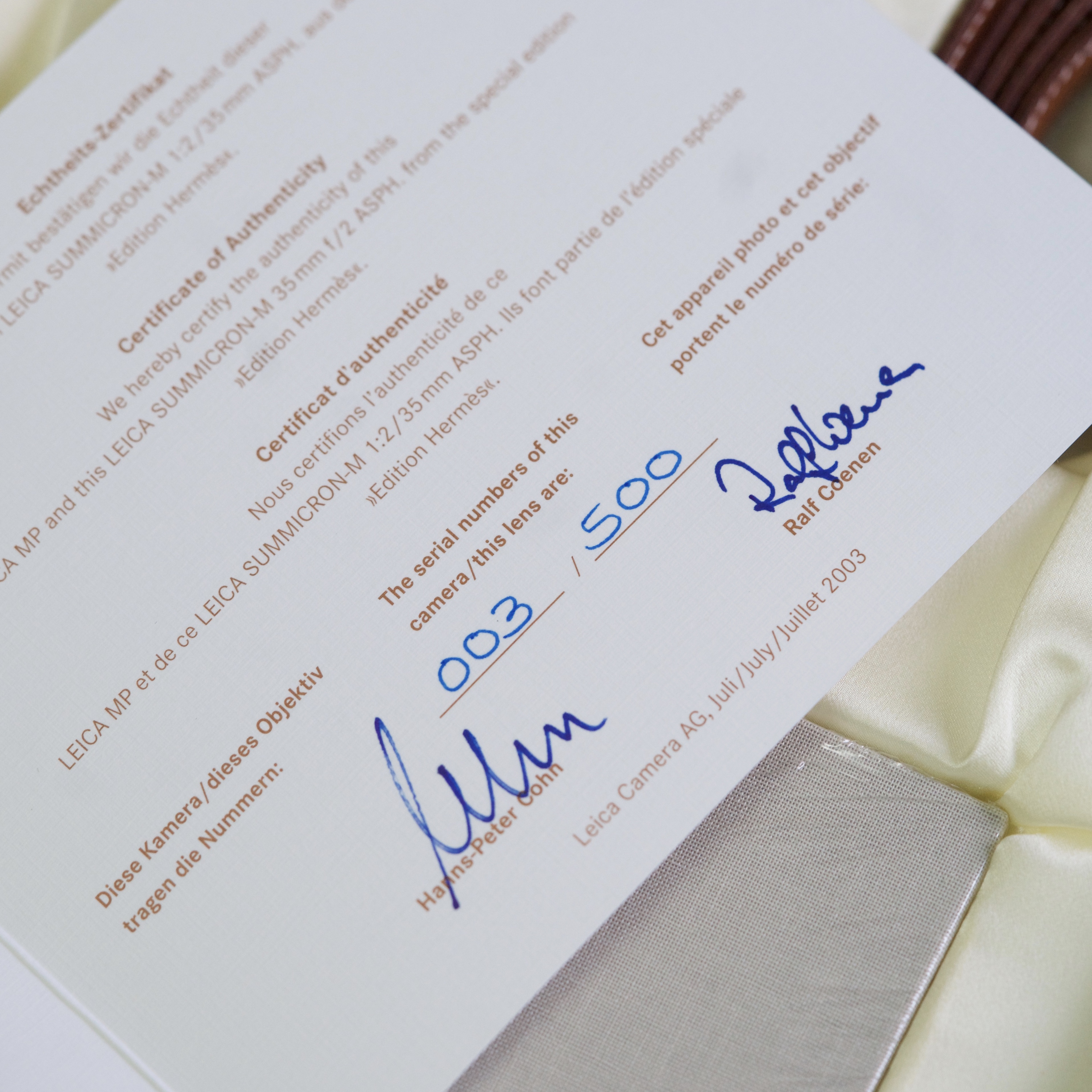 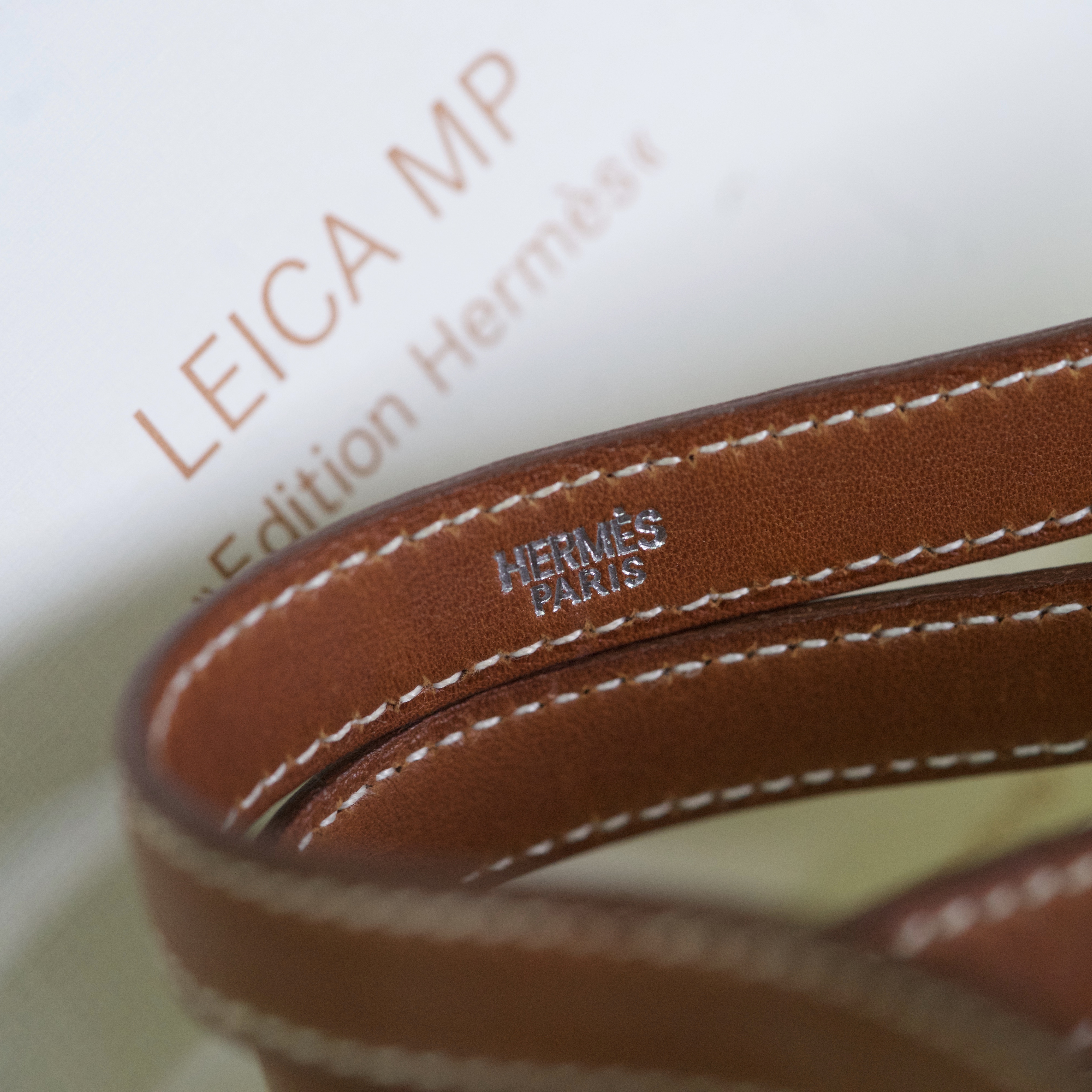 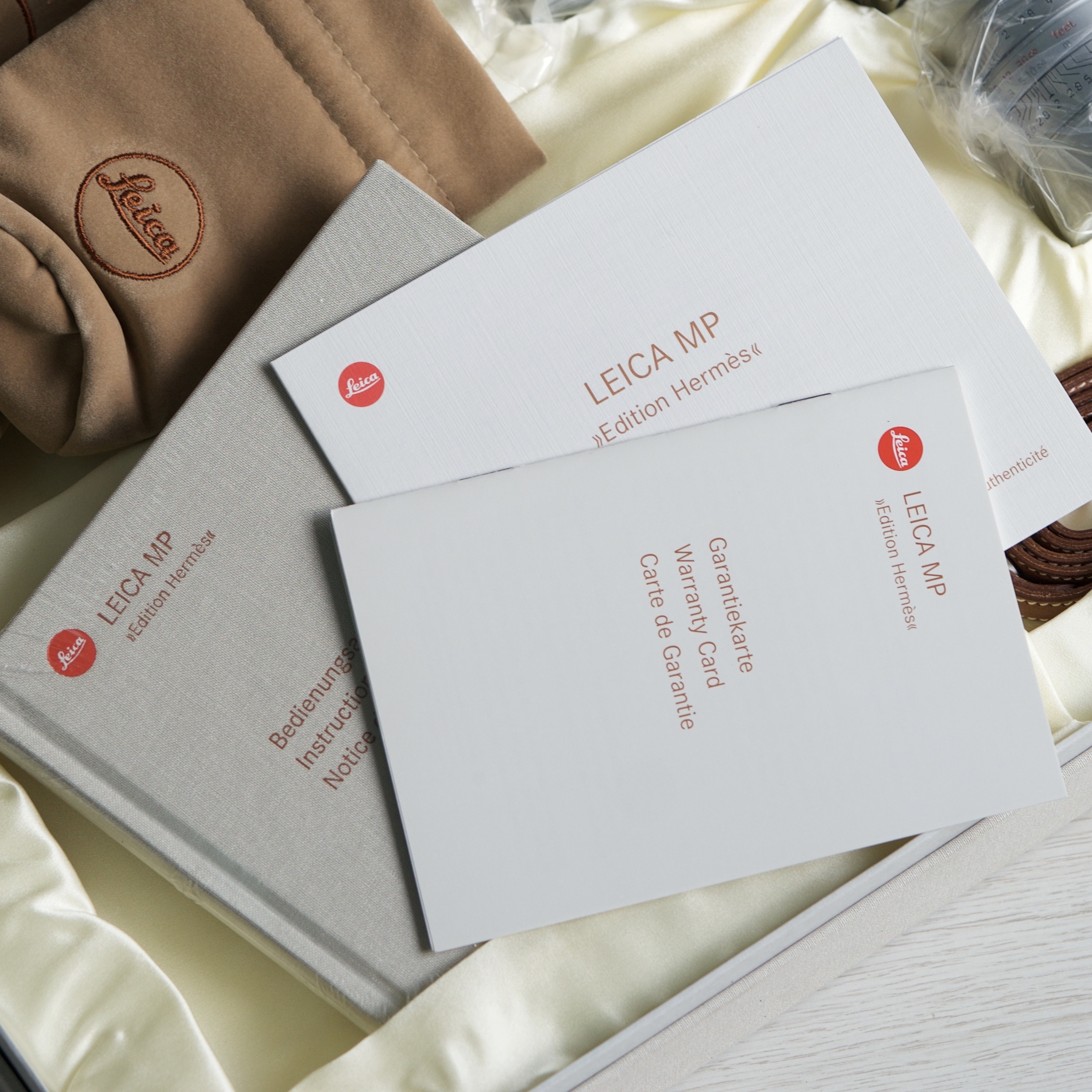 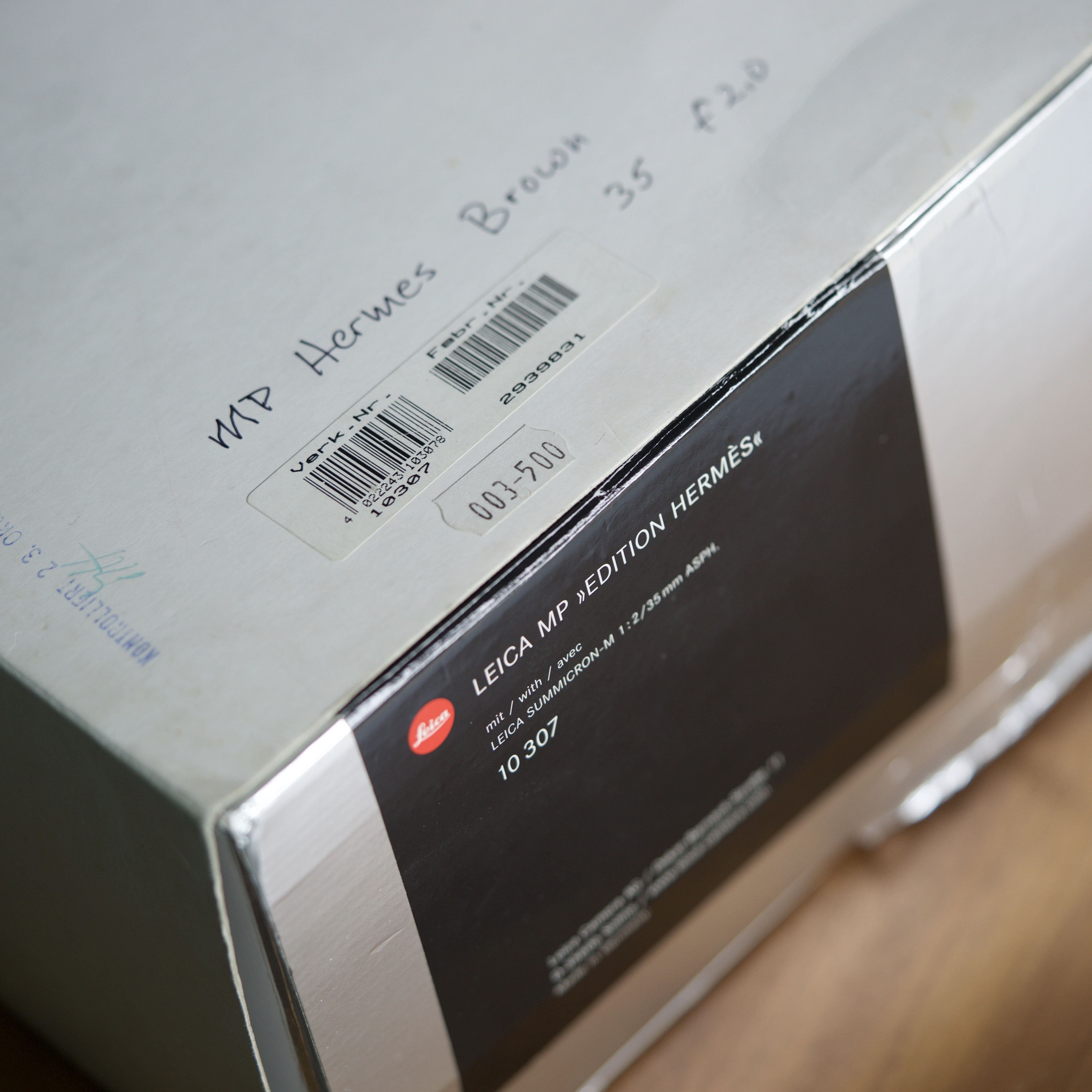