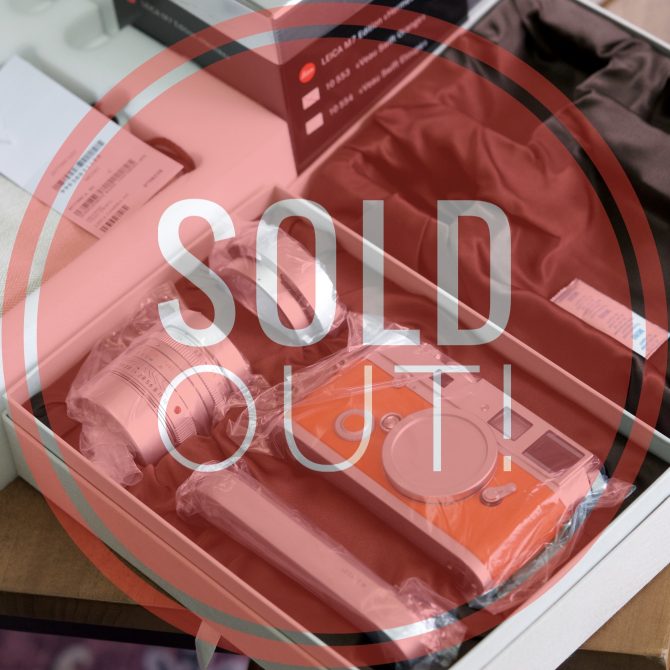 The colors of this exclusive ‘Veau Swift’ leather are particularly extravagant.

Only 100 cameras in each of the two leather colors.

The 35/1.4 Asph lens with ‘Orange’ engraved on scale. Same with the camera.

The camera strap by a real leather handcrafted by Atelier Hermès to match the colour of the camera chosen.

Leicavit is a silver chrome one.

Leica Camera AG, Solms presents a new, limited special edition – the LEICA M7 Edition ‘Hermès’. As the successor to the ‘LEICA MP Edition Hermès’ launched in 2003, this is now the second series of cameras created in cooperation with Hermès, the Parisian company renowned throughout the world for its exclusive products. This strictly limited LEICA M7 Edition ‘Hermès’ offers a total of 200 silver chrome LEICA M7 cameras finished in exclusive calfskin leather supplied by Hermès. The colors of this exclusive ‘Veau Swift’ leather are particularly extravagant. Connoisseurs of items that are extraordinary in both quality and style may choose between two eye-catching varieties in ‘Ètoupe’ and ‘Orange’. Only 100 cameras are available in each of the two leather colors.

In addition to the silver chrome camera, the special LEICA M7 Edition ‘Hermès’ set also includes a matching, silver anodized LEICA SUMMILUX-M 35 mm f/1.4 ASPH wide-angle lens. The lens is complemented by a classical round lens hood in silver anodized metal manufactured exclusively for the Edition ‘Hermès’. The set also includes a LEICAVIT M rapid winder finished in silver chrome. The finishing touch to the special edition is provided by a real leather carrying strap handcrafted by Atelier Hermès to match the color of the camera chosen.

Stefan Daniel, head of the product management division at Leica Camera AG, said “The LEICA M7 and the fast LEICA SUMMILUX-M 35 mm f/1.4 ASPH are among the classics in the Leica rangefinder system. What’s more, the lens is a leader in the field of fast wide-angle lenses and possesses outstanding optical qualities. Together with the LEICAVIT M, that ensures particularly rapid sequence shooting capability in combination with the M7, the LEICA M7 Edition ‘Hermès’ is a set that guarantees that ‘rather special something’ in every respect. However, not only are its extravagant looks impressive, its ‘inner values’ are also a persuasive argument for every camera enthusiast.”

Compared to the standard production models, the LEICA M7 Edition ‘Hermès’ has numerous differences in the details. For instance, the top deck is engraved with the Leica name in its classic script form. The red Leica roundel was intentionally omitted to preserve the color harmony expressed by its extravagant leather covering. All control elements of the LEICA M7 Edition ‘Hermès’ are manufactured exclusively in metal. The back of the camera is also finished in silver chrome. For the LEICA M7 Edition ‘Hermès’, the usual red of the engraved ‘AUTO’ settings on the shutter speed dial of standard models has been replaced by the color of the camera’s leather. Each individual camera of this special limited edition has a special sequential serial number between 001/200 and 200/200. The technical specifications and the content of the special edition camera set are otherwise identical to those of the standard LEICA M7. 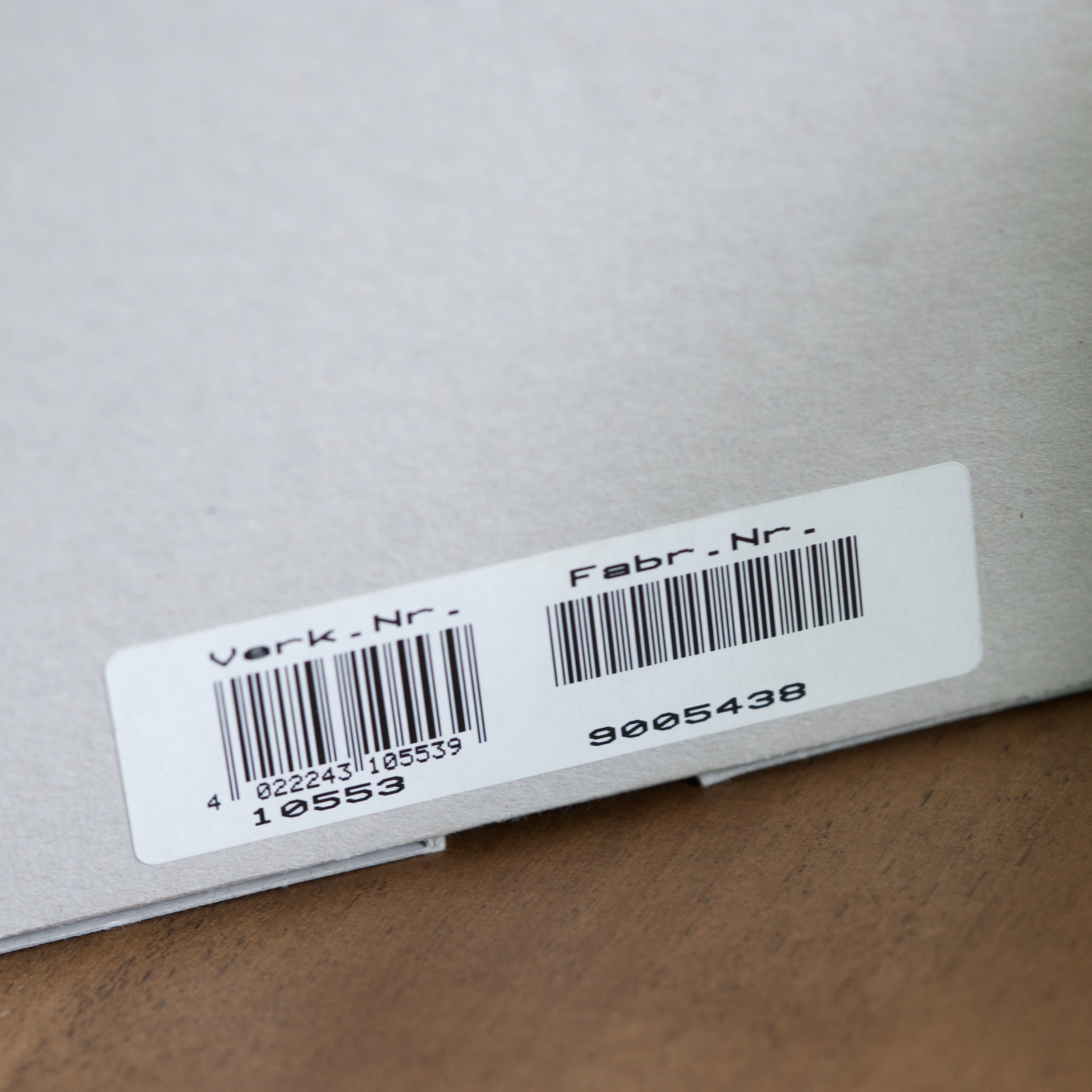 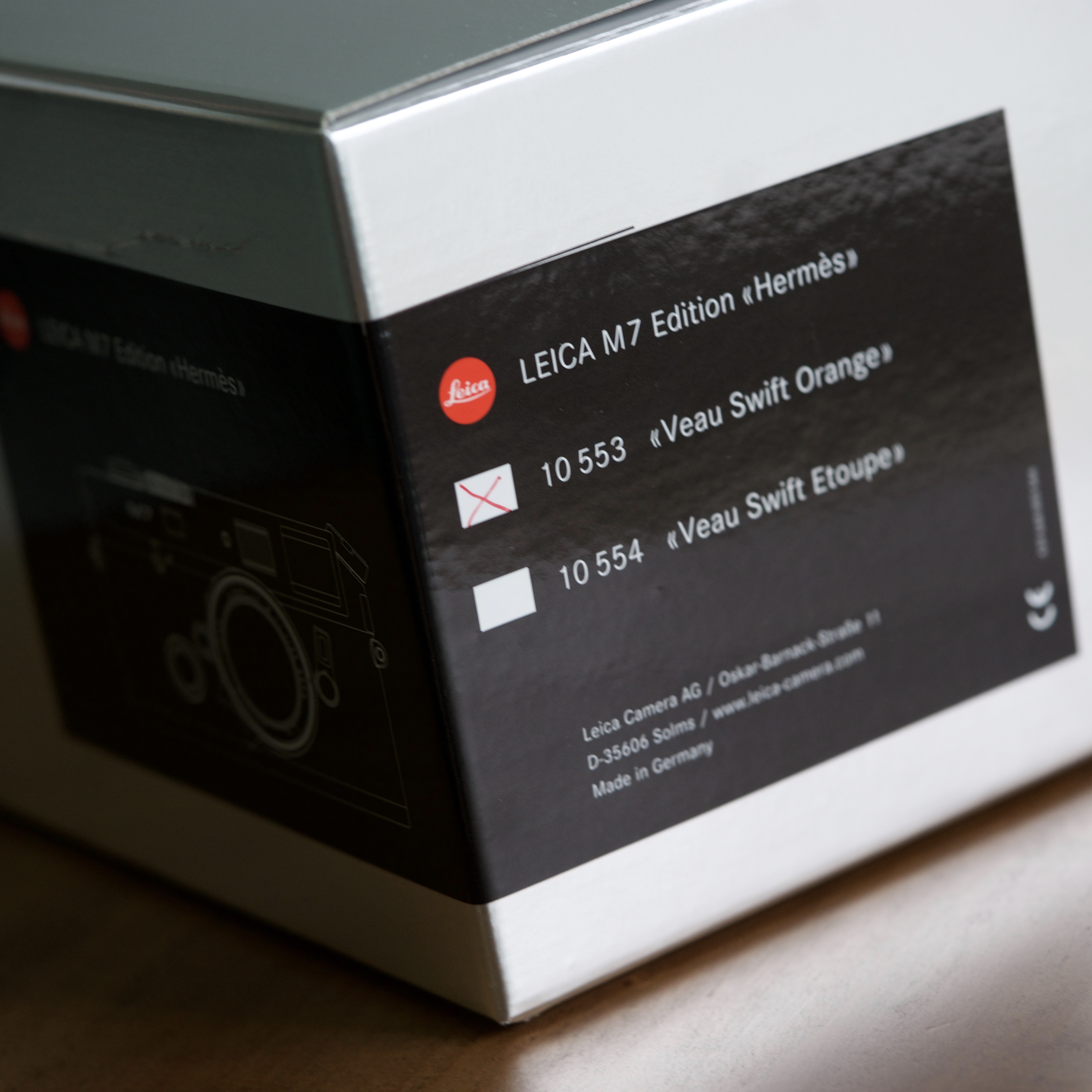 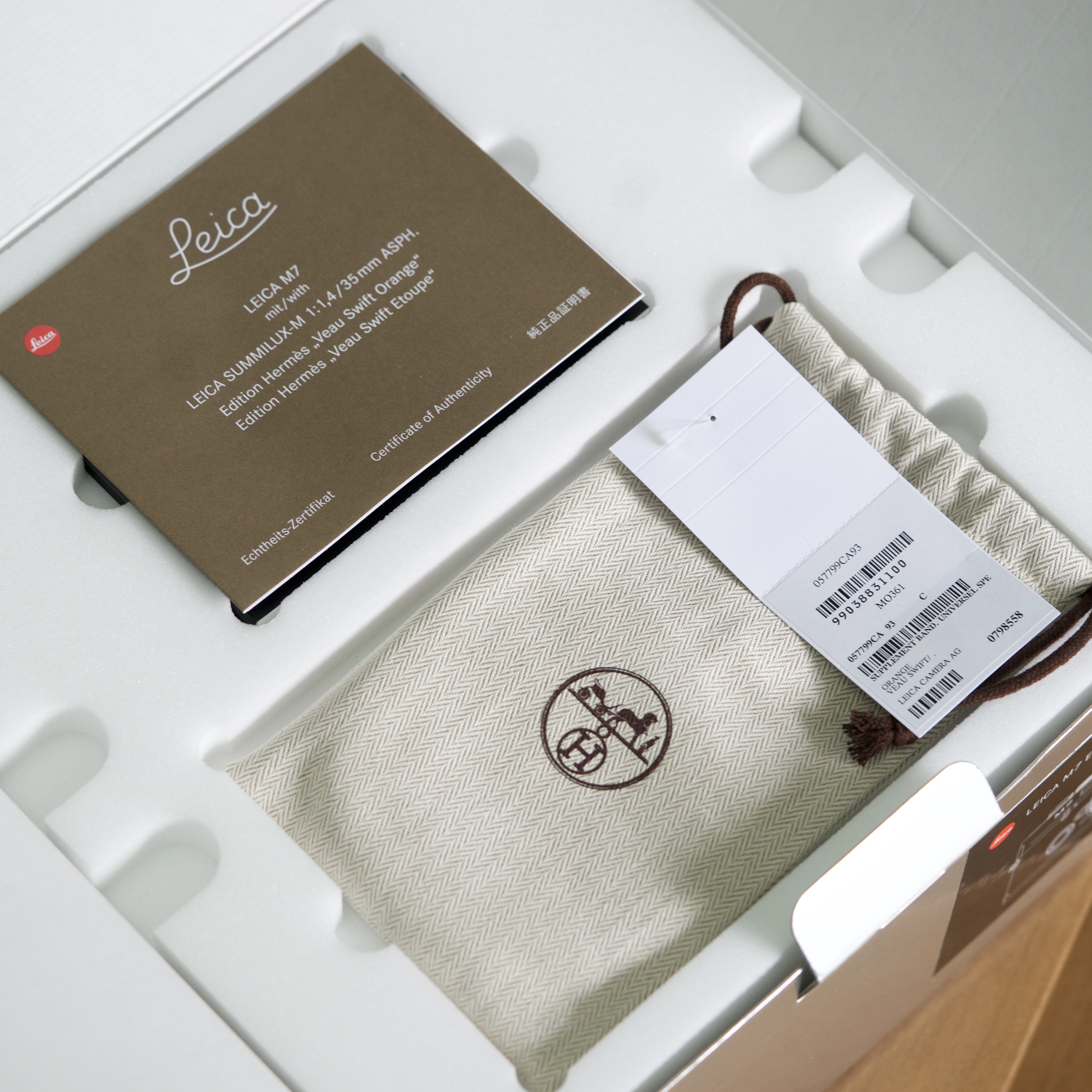 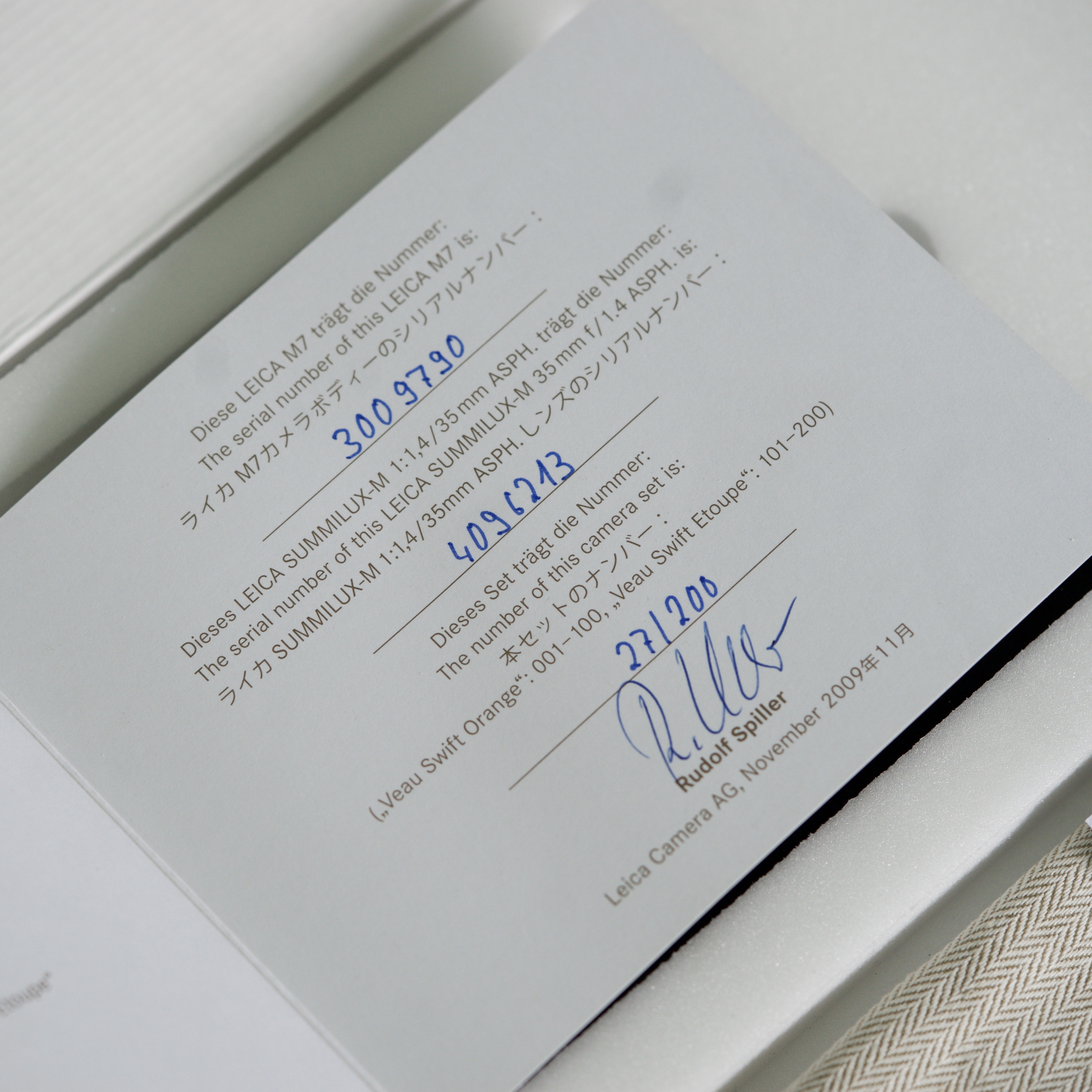 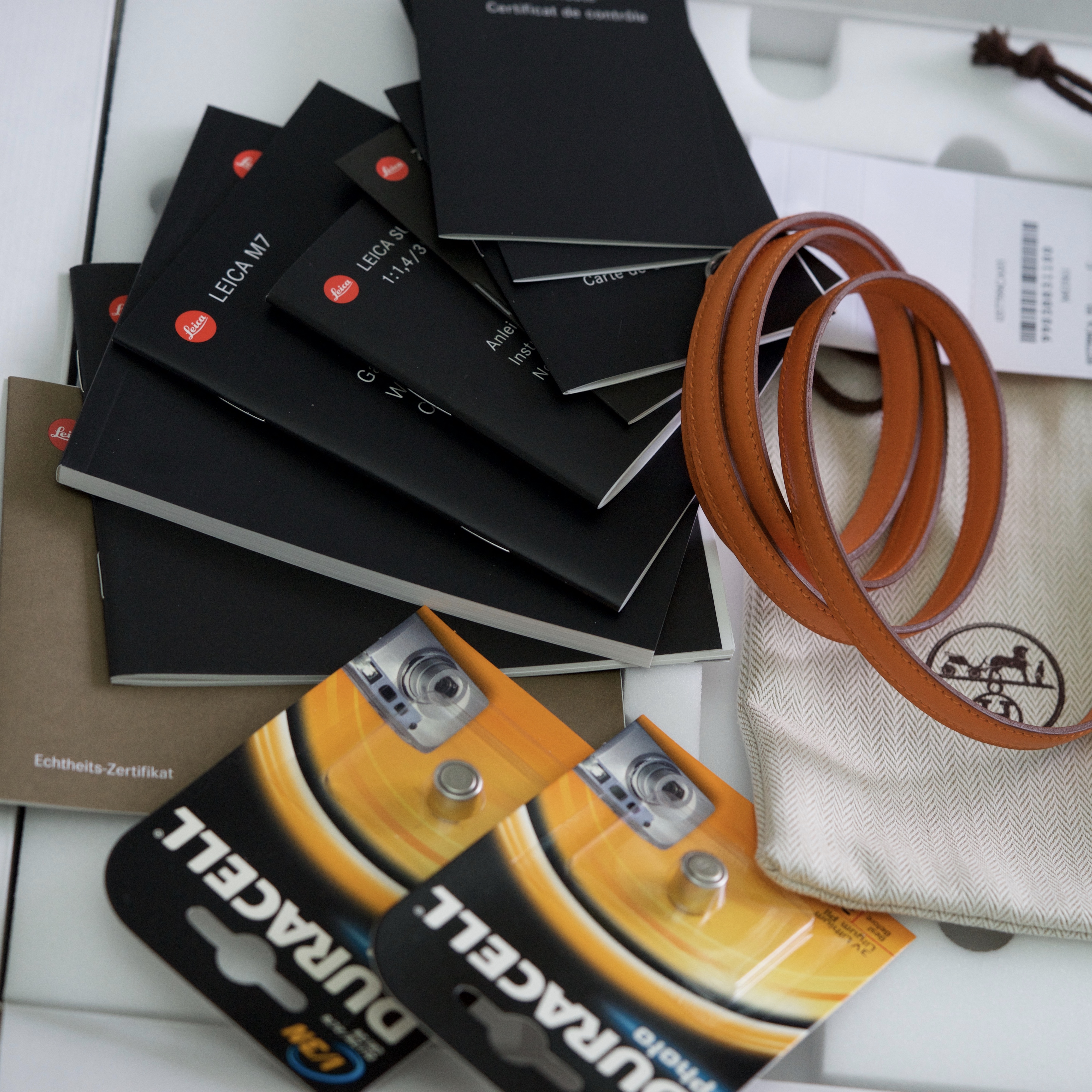 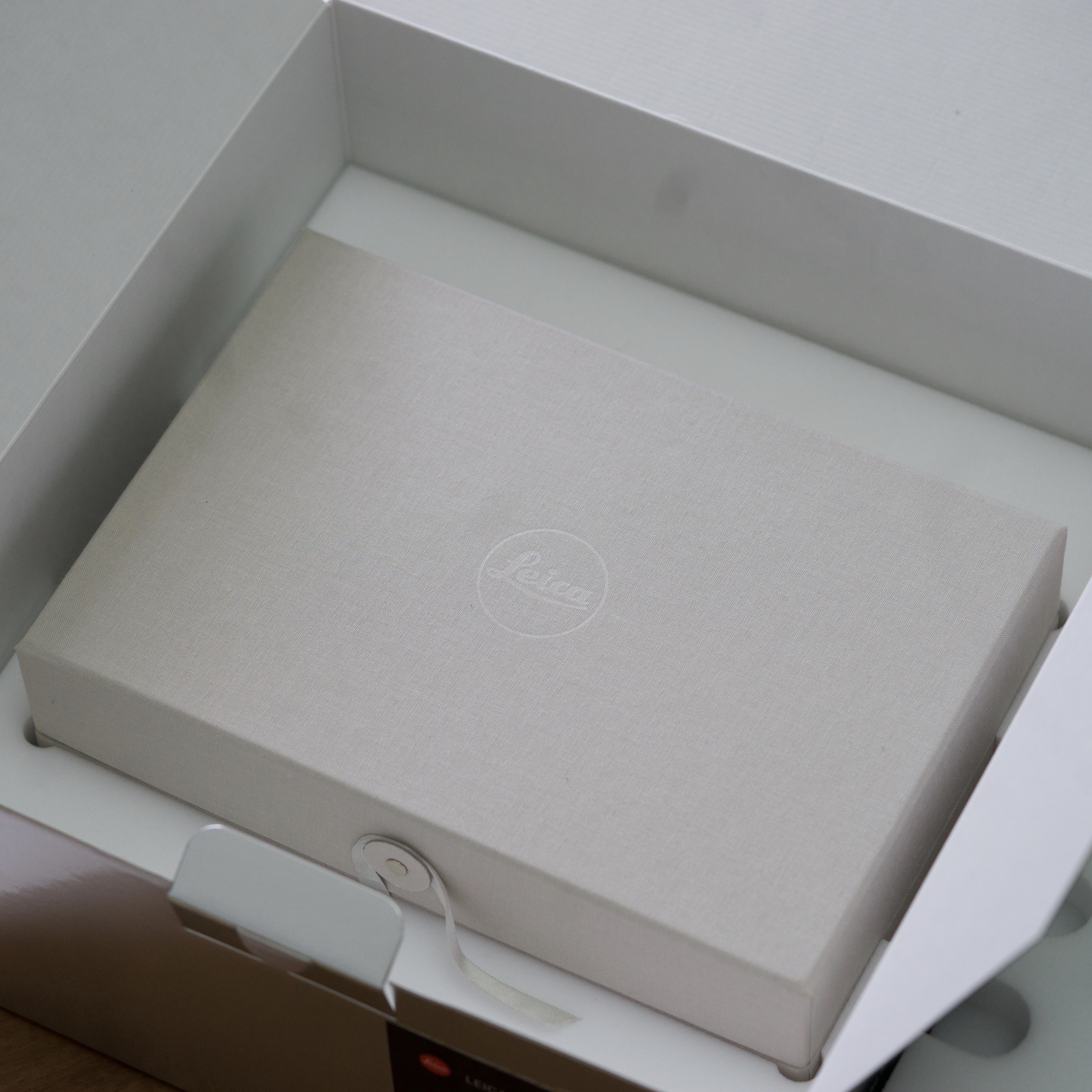 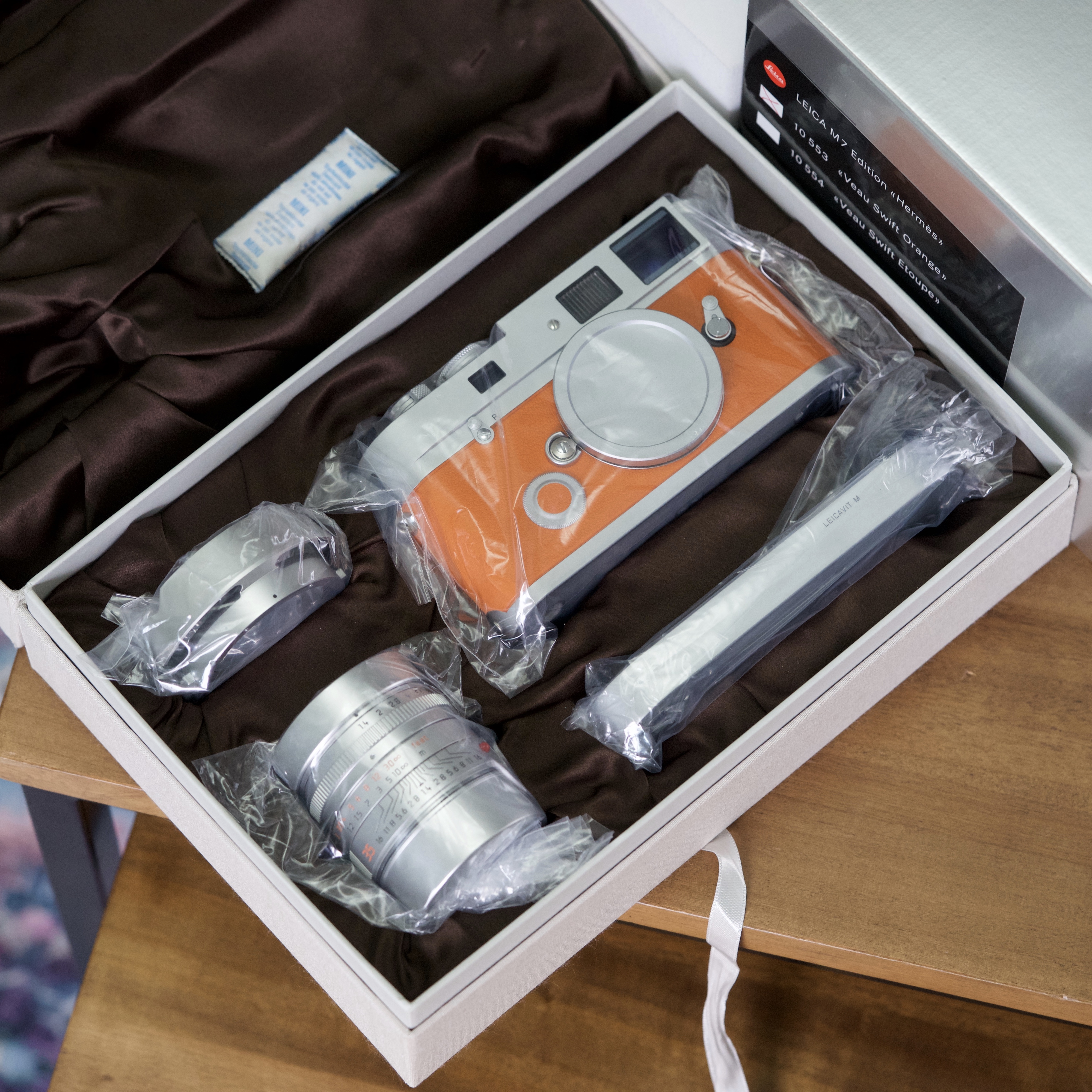 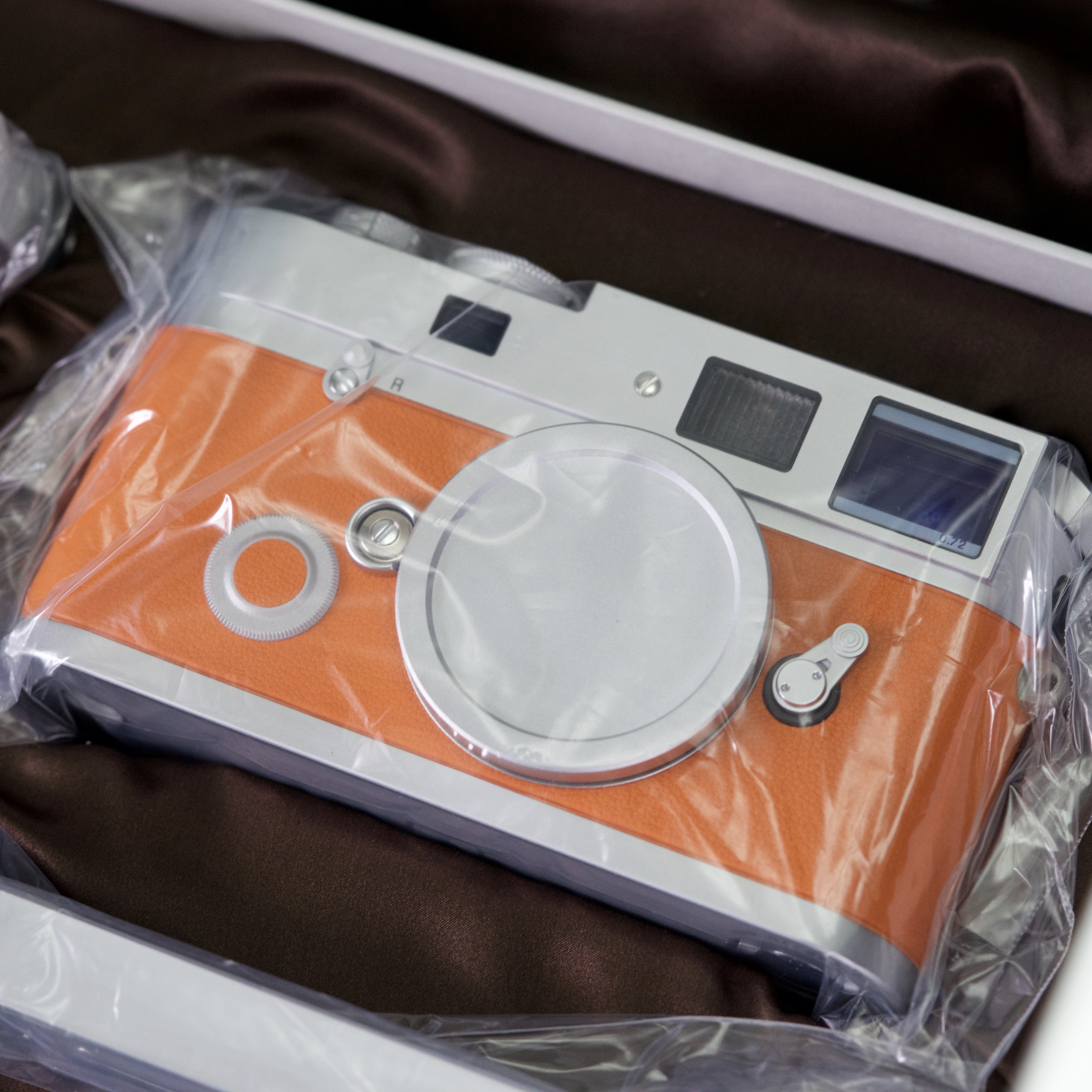 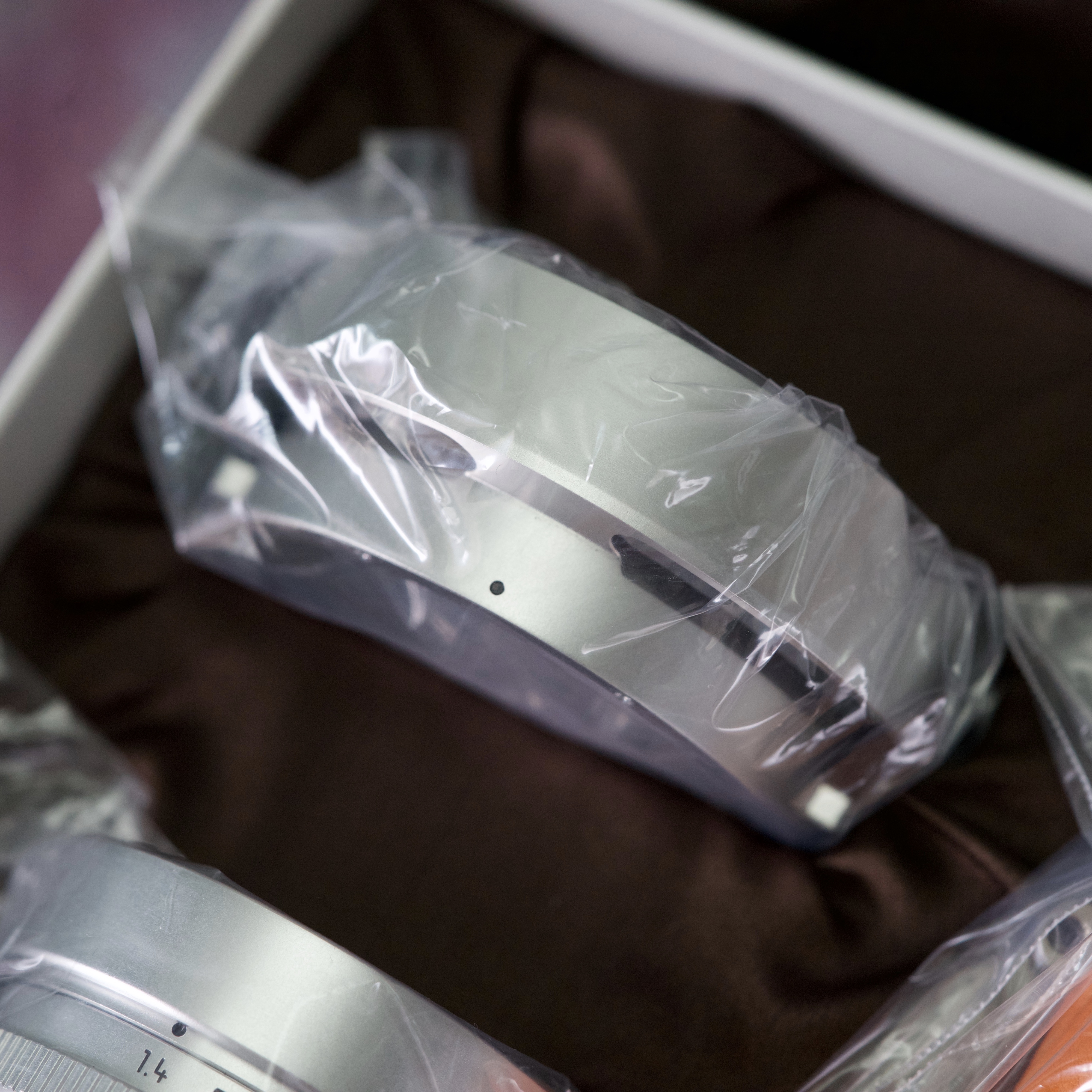 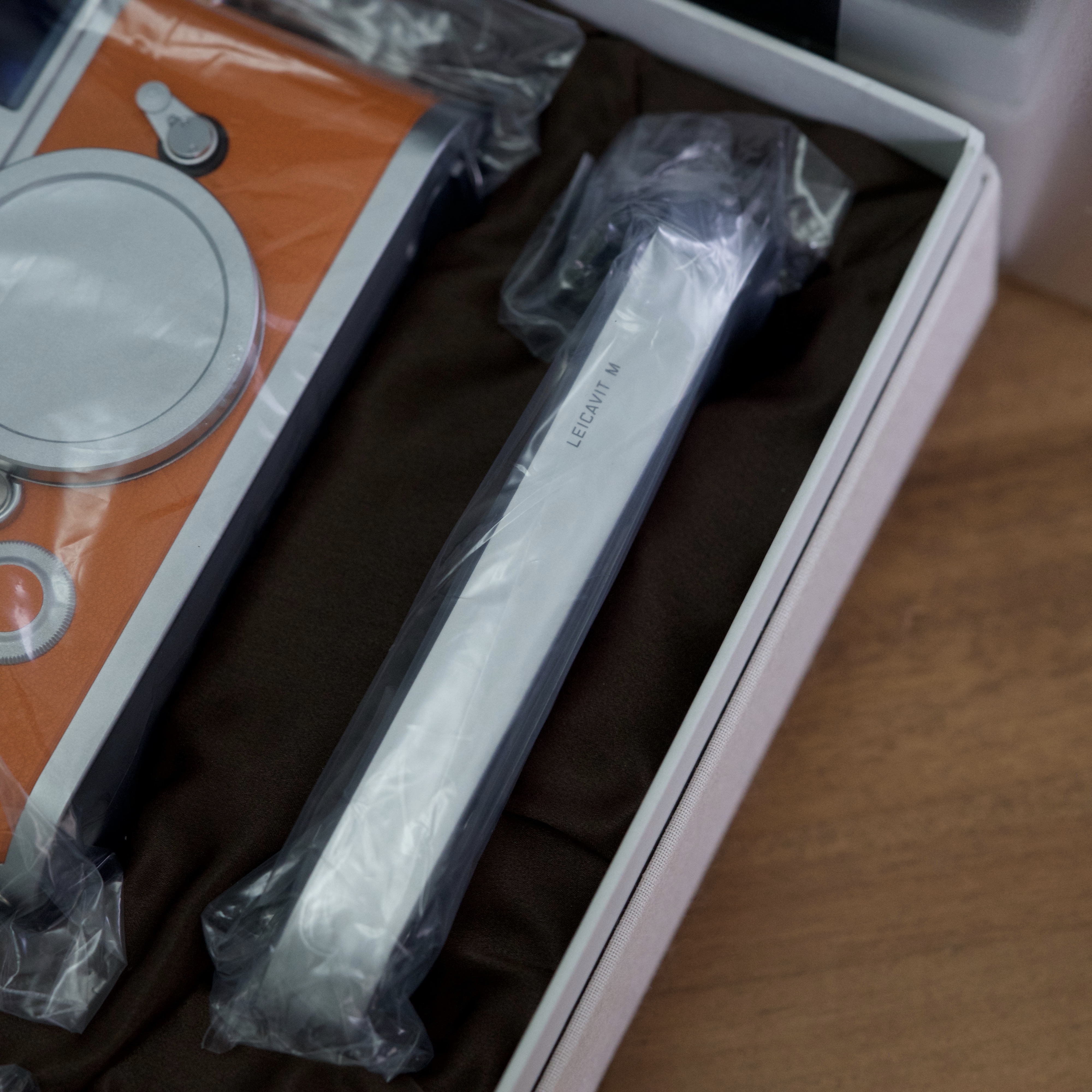 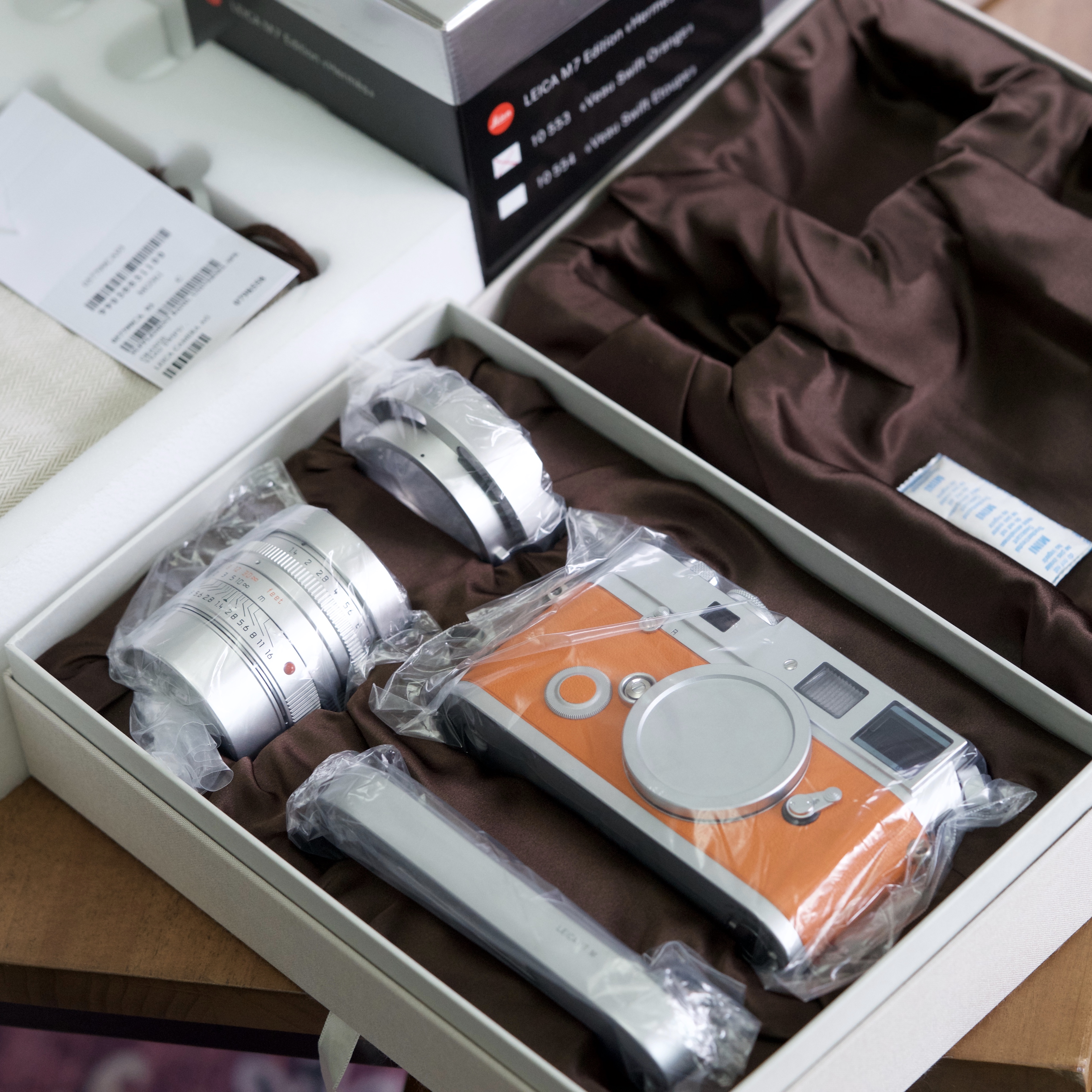